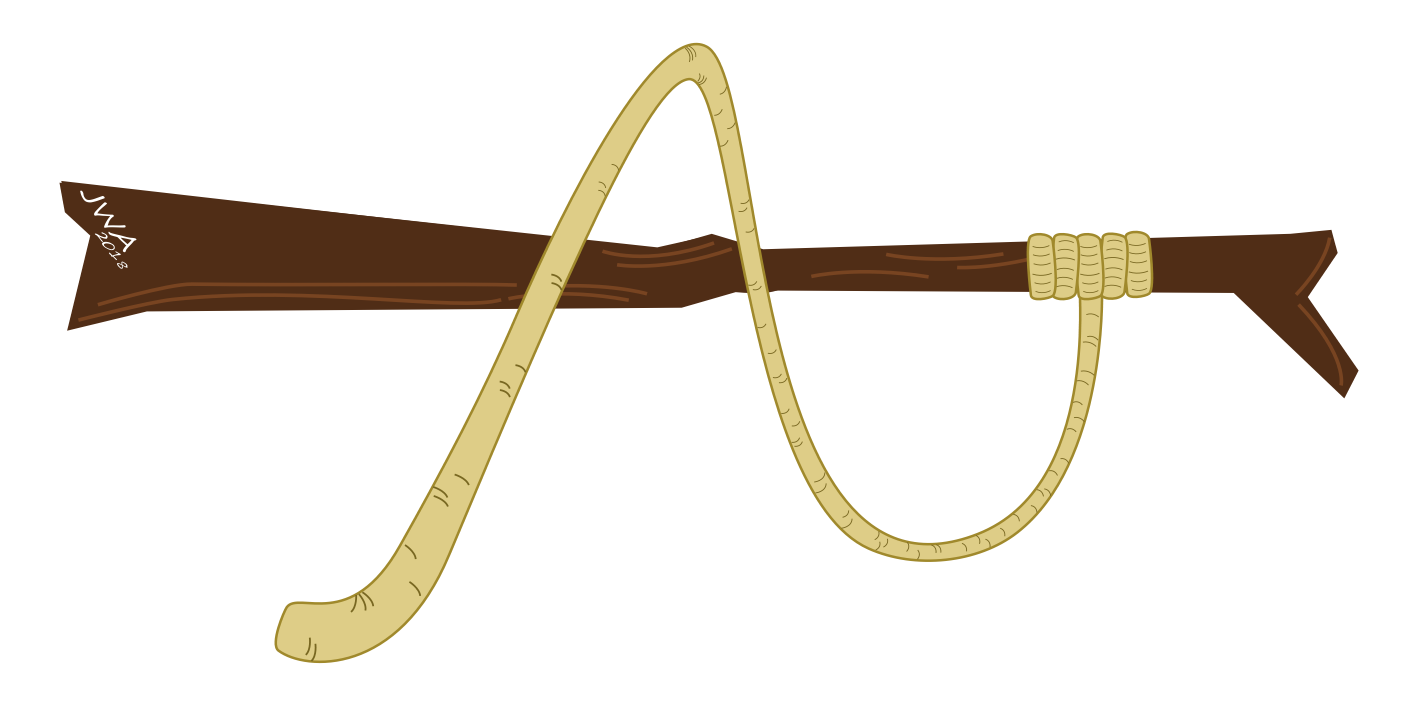 We recently had a new publication out on our work investigating the epidemiology of Guinea worm in domestic dogs in rural Chad. Guinea worm has historically been seen as a human disease but, since 2015 it has been recognised as zoonotic, and domestic dogs are proving to be a key reservoir for the disease. While transmission for humans is known to occur through the classical pathway of drinking water contaminated with infected copepods, transmission for dogs is less known and has been hypothesised to occur through either the classical pathway or through a novel pathway involving the consumption of contaminated fish entrails.

We set out to investigate the ecology of free-ranging domestic dogs in relation to Guinea worm disease to help better understand transmission pathways in dogs. Specifically we investigated (1) the dogs spatial movements in relation to sources of infection (standing water bodies), (2) dog diet (with a focus on the amount of fish consumed), (3) dog husbandry and (4) whether any of these correlated with the dogs history of infection. 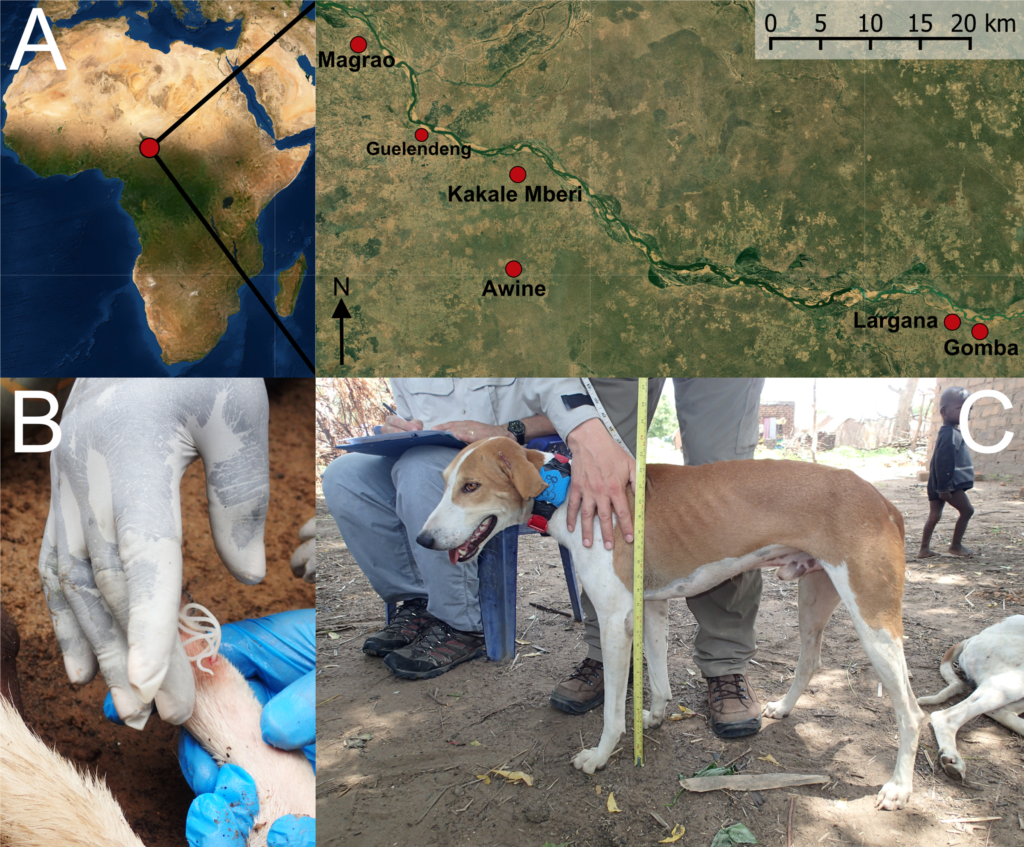 We found that dogs living in households that provided water to their animals had a lower risk of having had Guinea worm and that dogs that ate more fish had an increased risk of having a history of infection. This is the first study to provide empirical evidence for the risk factors of Guinea worm for domestic dogs, and suggests that dog infections may be acquired through both the classical and novel transmission pathways. 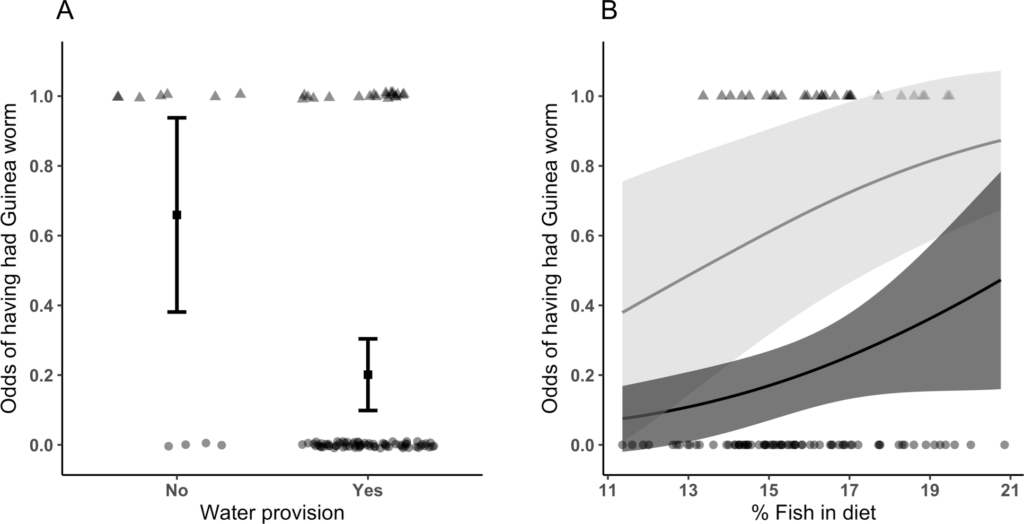