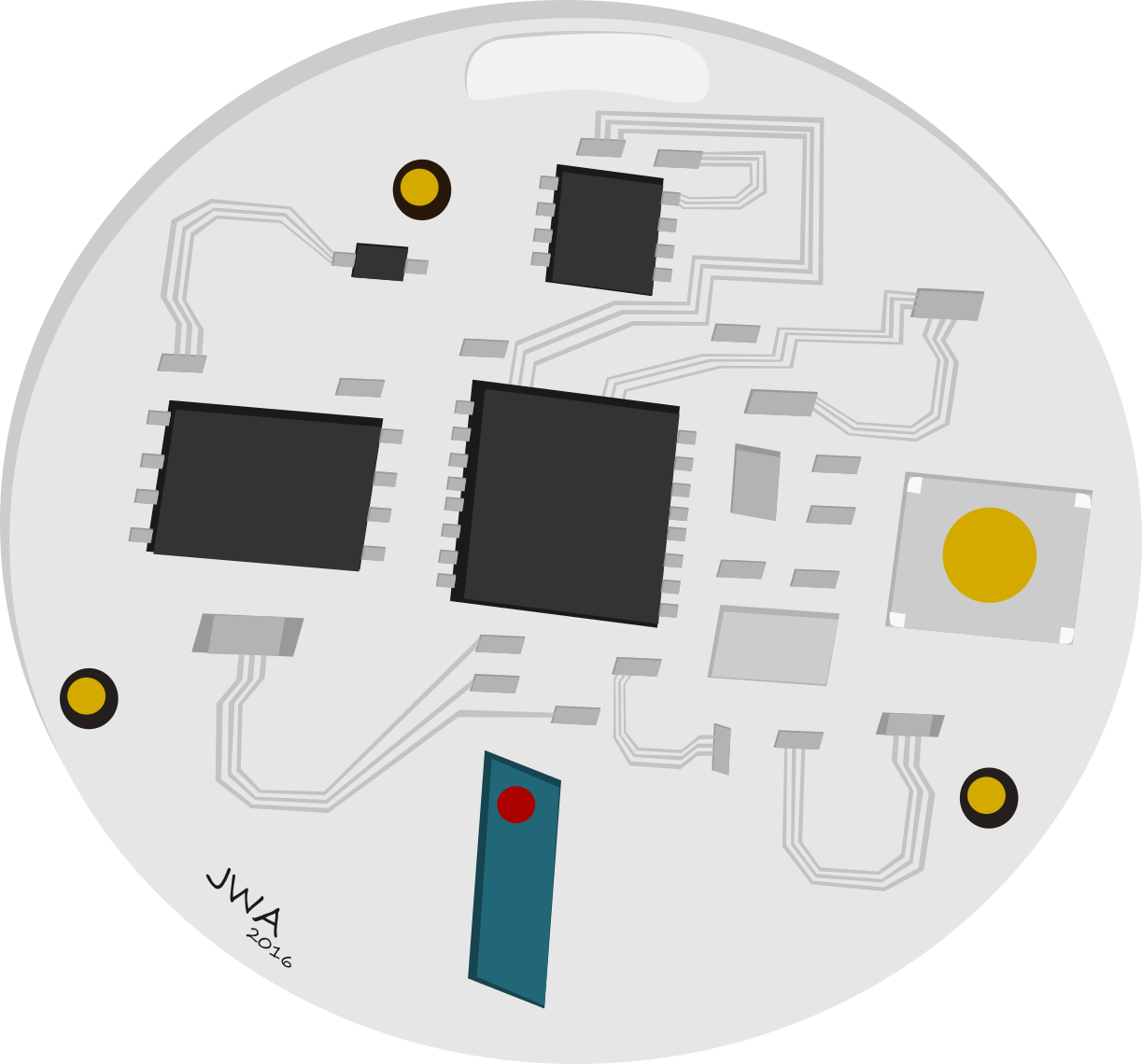 The devices you see below are proximity loggers. When two of these units are within close range to one another they start ‘talking’; recording the other devices ID, how long they are in ‘contact’ and the strength of the signal between them. 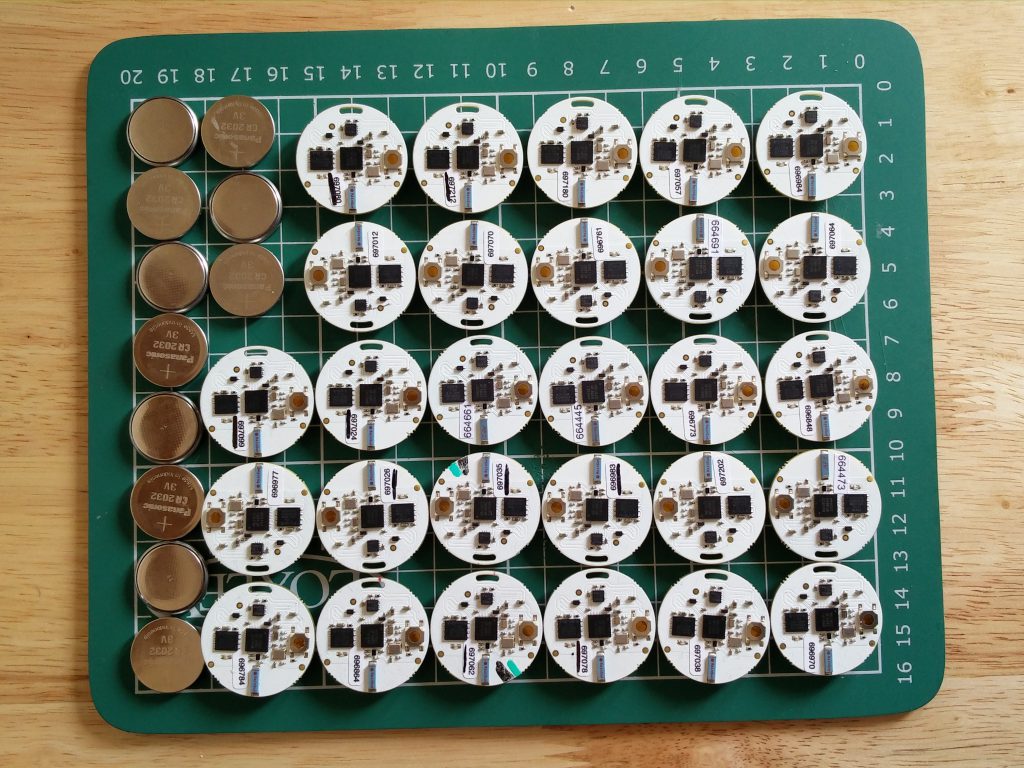 With the plan to deploy the loggers on free-roaming domestic dogs I was set the challenge of producing a waterproof enclosure. This would be my first attempt at product design that would end in a new respect for product designers – making something waterproof is no trivial task.

I decided to teach myself how to use blender, an open source 3D graphics and animation software. Blender is a powerful tool and there is a wealth of helpful videos and tutorials online. Despite this, learning how to use blender is time consuming and involves a steep learning curve.

Myself and Steve Wintercroft (who makes amazing masks) came up with some designs for the waterproof enclosure. We eventually settled on Steve’s elegant and simple design. I used the universities 3D printer to produce prototypes which allowed us to see where modifications were needed. Long story short, I quickly learned that 3D prints are not watertight (more splash proof). 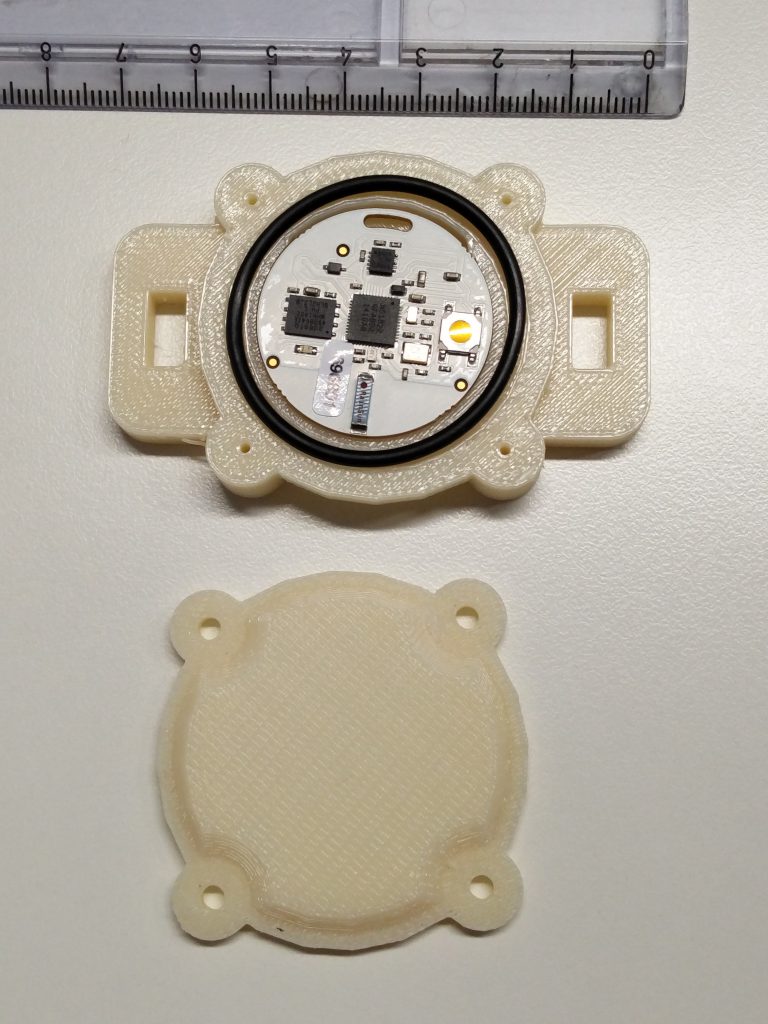 Although the enclosure was not fully waterproof we decided that they were suitable enough for a pilot study. The pilot study involved the deployment of collars with GPS and proximity loggers on foxhounds. I printed 30 enclosures via 3D Hubs (a fantastic website that connects anyone interested in 3D printing to people in the local area with 3D printers). Gavin Jones at St. Day Leather custom made us leather collars and riveted our enclosures to the collars (check out his website to see his beautifully crafted work). I then attached i-gotU GT120 units to the collars using heat shrink and 3D printed a plastic cover for these GPS units. The cover slips under the silicone case and prevents the button being pushed accidentally but allows the user to turn the unit on and off by pushing a paperclip through a small hole. 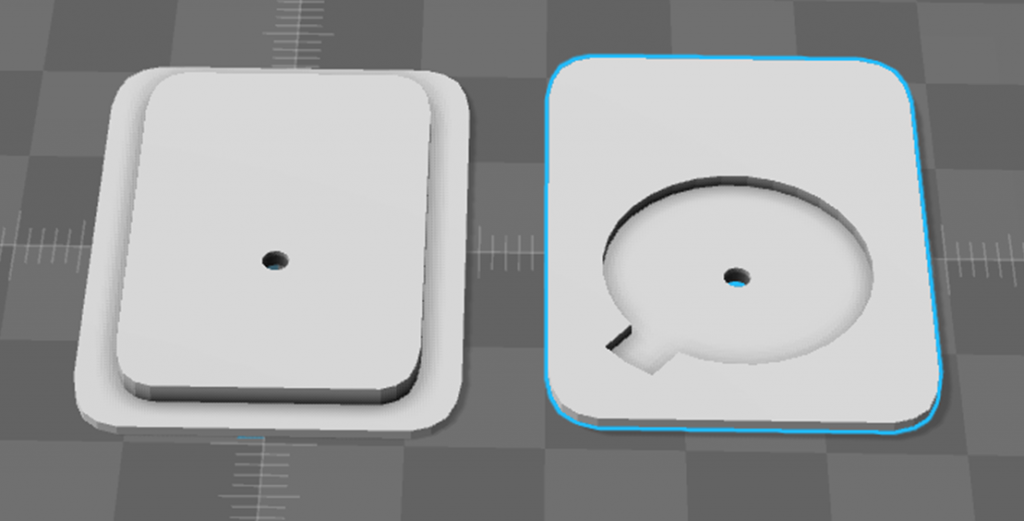 The pilot study was a success but it was clear that 3D printing the enclosures would not be suitable for deployments longer than a day. We have since contacted a company who will design and produce a waterproof enclosure for us. After seeing the initial designs I took pride in the knowledge that the professionals came up with a design that is nigh on exactly the same as ours!!