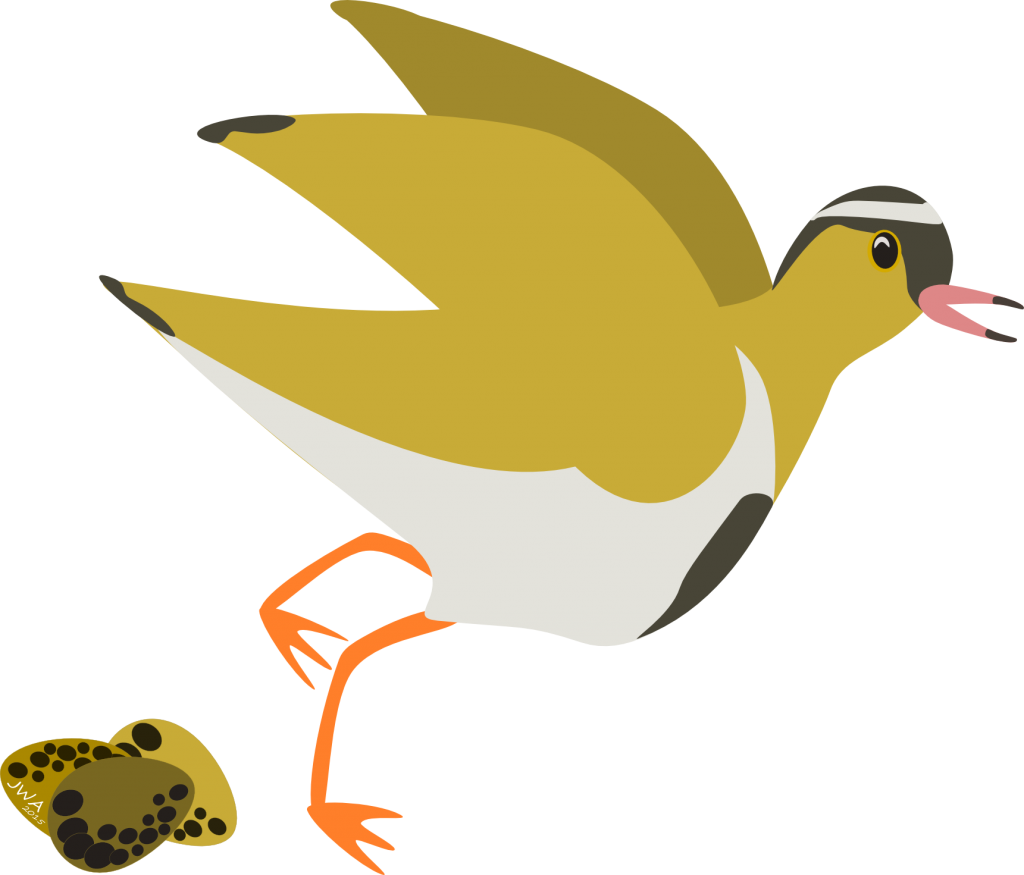 In summary, we found evidence to suggest that ground nesting birds can use the camouflage of their eggs or that of their own plumage to decide when to flee from an approaching predator.

Camouflage is essential if animals are to avoid being eaten, but the effectiveness of camouflage changes depending on where in the environment an animal chooses to rest. When camouflage is less effective, an animal is at increased risk of being eaten and may therefore behave differently.

We studied ground nesting birds (nightjars, plovers and coursers) in Zambia which nest on the bare ground in open fields during the dry season. The birds need to shade their eggs from the sun while evading wandering predators.

Nightjars have superb camouflage and when approached by a potential threat (such as a human) tend to flee the nest at very short distances (< 10 m). We found that nightjars typically stayed on the nest longer when the colour and pattern of their own plumage, rather than that of their eggs, was a better match to the background. This suggest that the adults somehow use their own camouflage as an indication of predation risk.

In contrast, plovers and coursers have large escape distances (often over 100 m) and we found that they tended to remain on their nest longer when the pattern of their eggs was a better match to the background. In this scenario the adult birds are never really at risk of being eaten, however, by fleeing the nest they potentially reveal its location which will be easier to find if the distance between predator and nest is shorter. Better egg camouflage will reduce the chances of them being found at shorter distances.

In addition, escape distances of plovers and coursers were shortest at midday and this was more pronounced when the camouflage of their eggs was better. This suggests that camouflage is able to mitigate not only predation risk but also thermal risks, by permitting adults to shade their eggs for longer when the risk of overheating is highest.