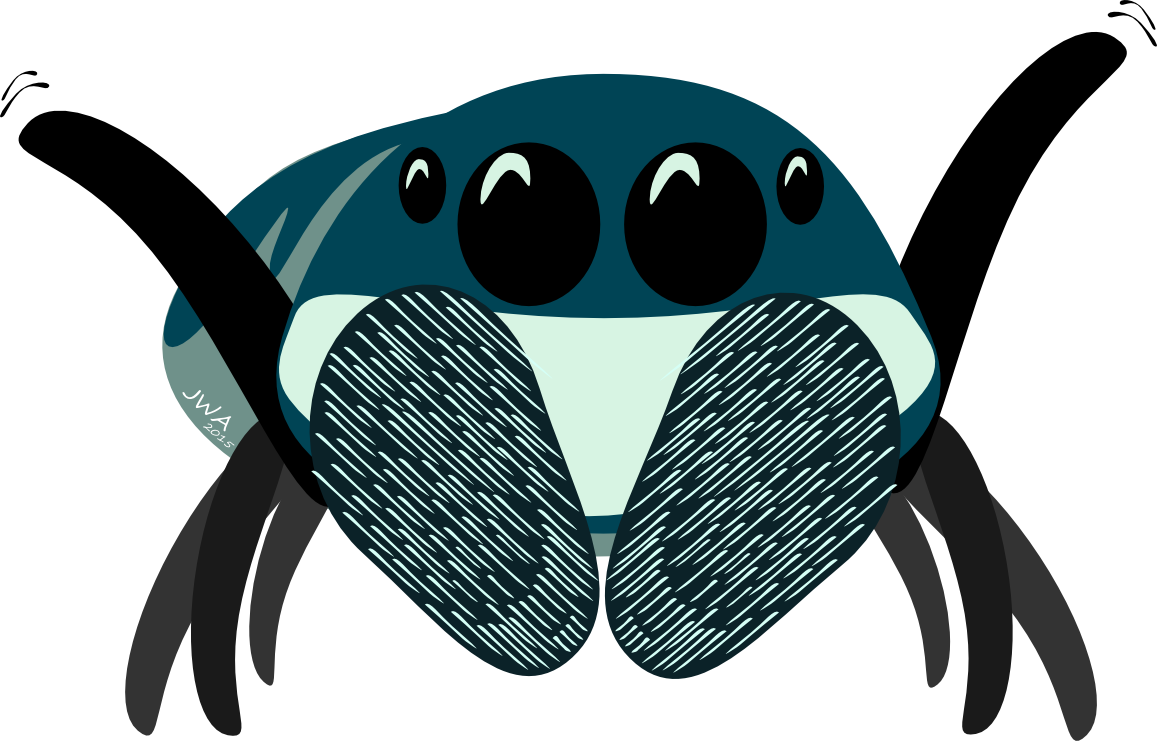 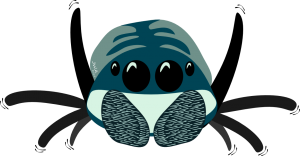 For a long time now I have been fascinated by spiders. If it wasn’t their diversity in appearance, (from the spiny orb weavers, peacock spiders or ant mimics) it was their various hunting strategies; including trap doors, homemade bolas and fishing. However, since studying camouflage and vision, I have been captivated by one group of spiders in particular – the Salticids.

Salticids, more commonly known as ‘Jumping Spiders’, have remarkable vision for their size and this has been well documented in physiological and behavioural studies. One study by Clark & Uetz [1] found that the spiders have a critical flicker fusion frequency similar to our own, meaning they can perceive and discriminate video images. The spiders identified videos of stimuli as prey, performing appropriate predatory behaviours. The finding has influenced the use of computer generated stimuli in experiments of visual ecology, sexual signalling, predatory behaviours and perceptual processes (e.g. forward planning).

Salticidae, A Study System for Investigating Camouflage and Motion

Research on visual camouflage has mostly been conducted using immobile stimuli, however there is an increasing realisation for the need to study camouflage in the context of motion. Recent studies involving movement have involved touch screen experiments with humans [2]. Although these studies can provide insight into the mechanisms of camouflage, they lack the use of an appropriate predator prey system and so may not provide the full picture.

To my knowledge Salticids have not been used as a model to test camouflage theory. One type of camouflage is motion dazzle; patterns that degrade an observer’s ability to judge the speed and direction of moving prey [3,4]. The Salticids behaviour of jumping to attack prey could be used to investigate how prey camouflage (motion dazzle) influences predator attack accuracy? Stimuli could be presented via a video/projector and the spider’s activity filmed, allowing measurements of their attack trajectory and accuracy.

The spiders could also be used to investigate other types of camouflage when in motion. One might ask how the degree of background matching or disruptive markings exhibited by prey influences the predators’ ability to detect prey? This could be done through behavioural experiments. Alternatively, since Salticids express retinal movements such as scanning [5] an ophthalmoscope may be used for retinal tracking to identify whether or not the spider detects camouflage prey and what retinal behaviours are used for detection.

Salticids have huge scope as a study system for investigating camouflage theory and how pattern, colour and brightness can be used in the exploitation of visual systems. There is also potential to explore visual search mechanisms; how they are deceived and how they may overcome deception. 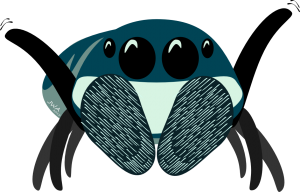