Biomimicry is the concept of producing technologies that emulate nature’s own innovations.

Ever since the publication of the book ‘Biomimicry: Innovation inspired by nature’ by Janine M. Benyus in 1997, there has been a surge in the amount of research conducted in this revolutionary new science. However, the concept of biomimicry is not really a ‘new’ phenomenon, coined by Otto Schmitt in the 1950’s.

One classic example of biomimicry is Velcro, which was inspired by the hooks of burr spines. Below are some more examples of technologies motivated by nature. If you find them as interesting as I do, consider reading Janine Benyus’s book, this paper titled ‘Tapping into Nature’ and take a gander at AskNature’s website. 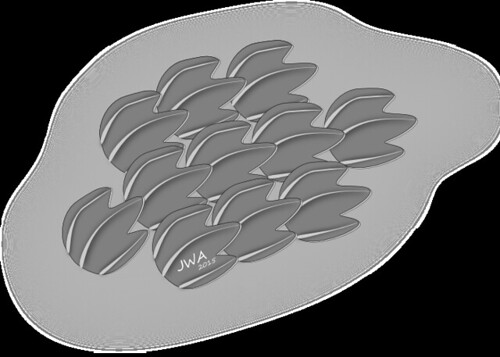 Sharks are one of the only ocean dwellers that don’t collect algae and barnacle growth. This is because the microscopic ‘teeth’, otherwise known as dermal denticles, that form shark skin is grooved. This topography of the denticles makes it harder for bacteria to attach to the shark.

Sharklet Technologies have successfully replicated the microscopic diamond pattern of denticles. By applying this to materials the occurance of bacterial growth can be significantly reduced [1]. This has a broad range of applications including medical equipment, clothing and boat surfaces.

You may have also heard about the denticles providing improved hydrodynamics, helping sharks speed through the oceanic highways.

This inspired designs for swim wear, with claims that the new material increases swimming speeds. However, this claim was later retracted with evidence showing that, although the denticles on shark skin can increase swimming speeds by 12.3%, the bio-mimicked material had no such effect [2]. 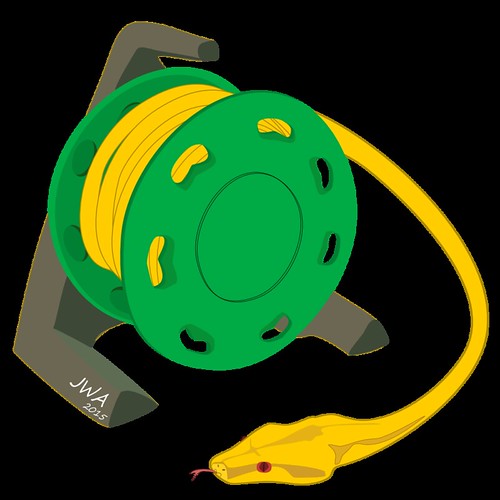 Without limbs the body of a snake has substantial contact with the ground. The snake requires its skin to be tough in order to endure abrasions, all the while maintaining high flexibility for locomotion. Snake skin successfully does this through multiple skin layers and regularity in scale patterning and form.

Observations of Ball Python (Python regius) skin reveals tightly aligned hexagonal scales [1]. Parker Hannifin is a company which specialises in hydraulic hoses; inspired by snake skin they manufactured a heavy duty hose called the ‘Cergom Hose’. By emulating the hexagonal cell structure of snake skin the company was able to produce an armoured, yet flexible hose that can transport abrasive materials with minimal damage. This is particularly helpful for industrial businesses such as steelworks, cement works and power plants. 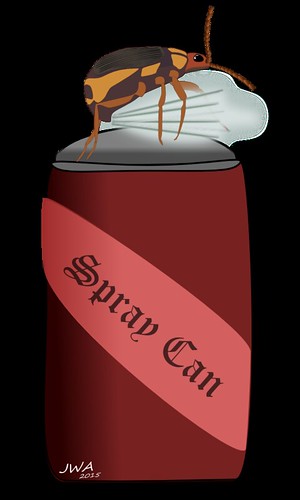 Any insect that messes with a bombardier beetle (Carabidae) is in for a world of pain. If aggravated, the beetle can spray boiling liquid from its abdomen. With a range of 10x its body length, there is no escape!

The bombardier beetle is a specialist sprayer which inspired a system called µMist. µMist is currently developed for the automotive industry, providing a novel fuel injection system [1]. However the technology can also be modified for application in industries concerning food, drug delivery and fire protection. 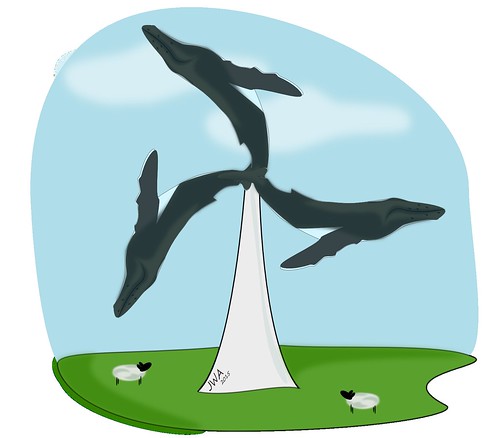 Humpback whales (Megaptera novaeangliae) are colossal; it’s a wonder how they manage to manoeuvre their rotund bodies around the great oceans. Well, turns out the flipper of these giants goes some way to help them complete this feat. Their flippers have bumps, better known as ‘tubercles’, which line the edge and reduce drag by generating vortexes.

The company WhalePower has integrated these tubercles to blades which can be used to construct fans, turbines, pumps and compressors providing greater efficiency and requiring less power to run. In the case of wind turbines, the technology has the potential to increase operating life and functionality at both low and high wind speeds (see here). 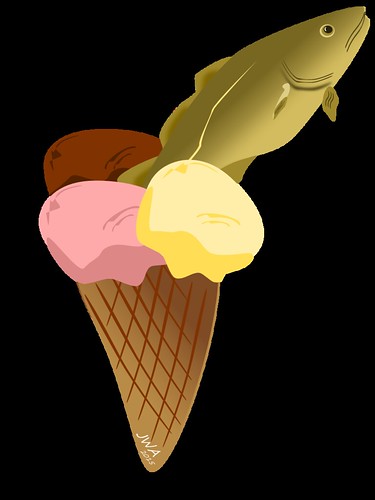 Among others, Northern cod (Gadus morhua) are a species of fish that endure the subzero temperatures of Arctic waters. The fish are able to survive these extreme conditions thanks to an anti-freeze protein found in their blood. The protein binds to ice crystals, preventing their growth and recrystallization; which occurs when the crystals thaw and refreeze.

Ice cream is a favourite summer time treat. Its smooth texture is defined by the size and regularity of ice crystals. When ice cream melts and refreezes the crystals change size and regularity, altering the texture. This is a big problem for the distribution of ice cream, requiring a high energy output from a phenomenon known as a cold chain; a temperature controlled supply chain.

A company called Unilever has helped harness the power of the fish’s anti-freeze protein. Ice cream products can now be maintained at a high quality and distributed to remote areas without the worry of freeze thaw cycles. 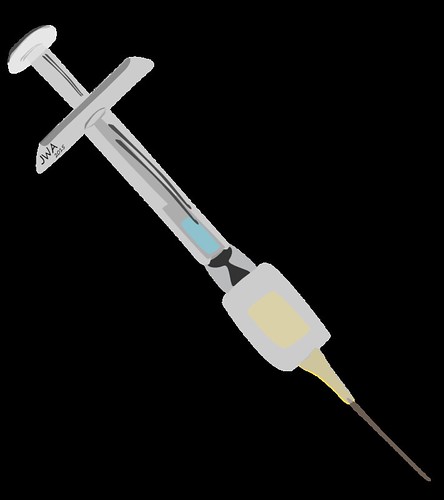 The Resurrection Plant (Selaginella lepidophylla) is aptly named for its ability to survive almost complete desiccation. The plant inhabits deserts where, during dry conditions, it undergoes anhydrobiosis. During this process the plant produces sugars which are thought to protect the organism against desiccation.

Nova laboratories have produced a technology called HydRIS to produce ‘dry vaccines’. HydRIS is based on the phenomenon of anhydrobiosis in organisms such as the resurrection plant, shrimp and nematodes. Vaccines are dehydrated and sugars are used as a glass matrix to suspend and preserve ingredients. When water is reintroduced to the dry vaccine, the sugar matrix dissolves allowing its use.

HydRIS boasts long term stability, aiding distribution and storage of vaccines. The technology may also have applications for boosters, with the development of slow release vaccines.